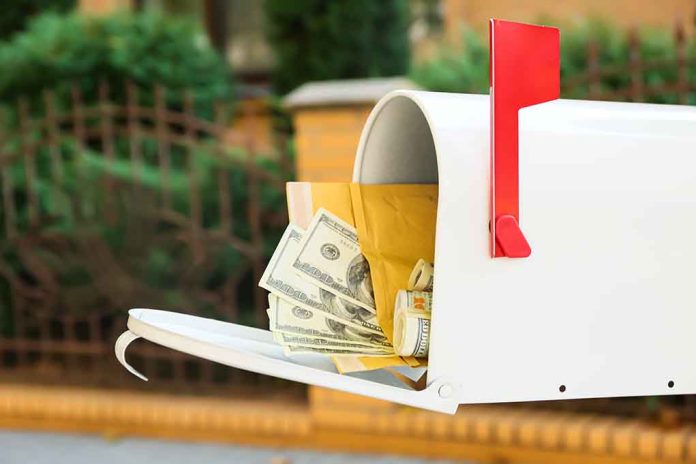 A NEW Stimulus Check Is Being Sent Out – Will You Get One?

(DailyDig.com) – Some Americans believe the federal stimulus program helped bring on the harsh inflation they’re currently suffering, so the words “stimulus check” may cause some to brace for even worsening conditions. However, this new move in Massachusetts isn’t a federal action, and it won’t affect middle- or upper-class earners. Instead, the state is offering a boost to help its neediest families survive during these difficult economic times.

Massachusetts's low-income workers should expect a $500 bonus in the next few weeks.https://t.co/aCHsjFD4xa

While the state is only sending out $500 to an estimated 330,000 people, the total still comes to around $165 million. The Executive Office for Administration and Finance (A&F) announced that state officials used funds from President Biden’s American Rescue Plan Act to finance this next round of direct payments, just as it did the first time.

Massachusetts is hoping the $500 checks will help the people who need it most pay for fuel, food, and other goods as prices continue to put pressure on American households. The A&F announced it mailed the checks on June 6, so anyone who’s eligible should see the funds in their mailbox within the next couple of weeks.

The second round of $500 payments under the COVID-19 Essential Employee Premium Pay program will be mailed starting Mon., June 6 to ~300,000 low-income workers based on 2021 tax returns to date.

Could more states begin taking similar action to help their residents pay for essential items? Many Americans didn’t expect a fourth stimulus check, but some states, like Massachusetts, have offered their own programs to help offset the impacts of financial woes. Take a look here to see if your state offers one of these programs. You can also conduct an Internet search or ask local leaders what, if anything, to expect.