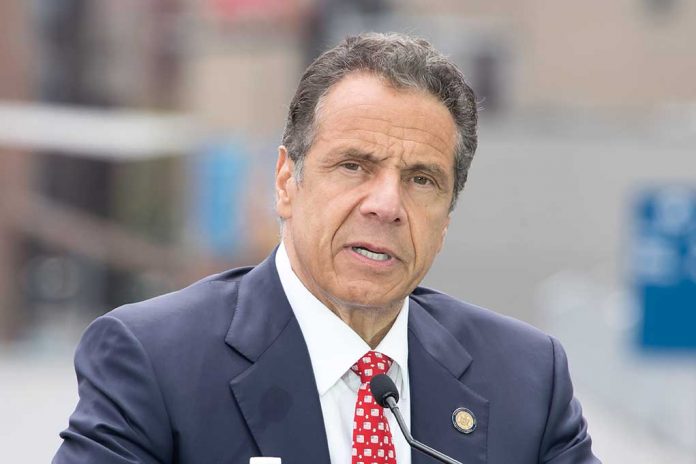 (DailyDig.com) – Andrew Cuomo is yet again the center of attention after months of scrutiny from the public and the press. The now-former governor of New York decided to resign in light of sexual misconduct allegations only a short time ago. But, he isn’t exactly going into the night quietly — nothing could be further from the truth.

Cuomo instead decided to grant last-minute pardons to people he feels showed remorse and an honest commitment to rehabilitation.

On his way out. Cuomo is condemned for commuting sentences of FIVE murderers including father of radical leftwing San Francisco DA Chesa Boudin who killed three in 1981 Brinks cash truck robbery https://t.co/GFzmK3dRuN via @MailOnline

Of the six people pardoned or commuted by the former governor, four are convicted of murder. Another man committed simple fraud by creating fake business records. David Gilbert, the last felon on the list, played a role in the death of three people connected to the robbery of a Brinks truck. Cuomo only recommended him for parole, though he remains in prison for now.

The former governor believes his pardons will set an example for others in prison, encouraging them to change their ways in order to potentially end their sentence early. However, the victims of the criminals he excused aren’t happy with the pardons in the slightest. Others, including the Release Aging People in Prison Campaign (RAPP), applauded Cuomo’s attempts to offer clemency to the institutionalized men.