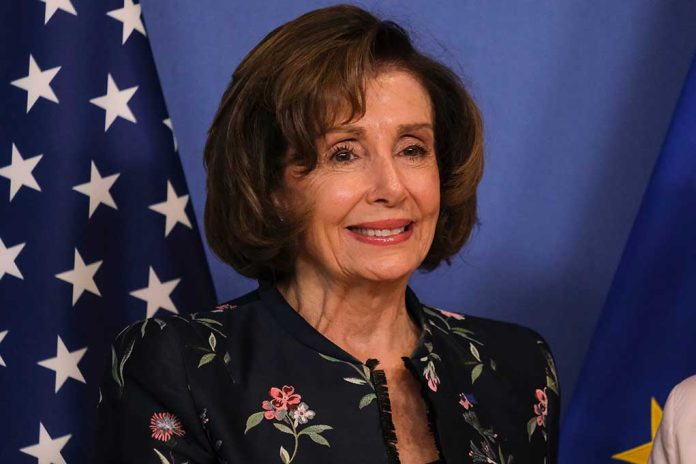 (DailyDig.com) – Speaker of the House Nancy Pelosi (D-CA) is making another aggressive claim about climate change: it’s apparently now sexist against women. The leader cites a study the United Nations conducted in 2018 as evidence, although the research paper’s sources remain unclear.

The Speaker and her Democratic colleagues believe that climate change is real and America needs to immediately take action on it. Many people agree with the idea, but Pelosi is now making it more about being socially “woke” than trying to save the planet.

Tackling climate change is a matter of ‘justice and equality’ for women, US Speaker of the House Nancy Pelosi told the COP26 summit in Glasgowhttps://t.co/aonB8unmei

While at the COP26 Summit in Glasgow, Scotland, Pelosi told other world leaders that 80% of the people forced to move due to climate change are female. She explained climate change was about equality and justice for women — primarily those who reside in indigenous and poor communities.

Pelosi says the new Build Back Better bill would invest $555 billion into climate change. But why not focus on the matters already plaguing the US? The economy is stagnating while prices continue to skyrocket. The US supply chain is under pressure, and the cost of fuel is only increasing, putting more stress on the American people. Many are without jobs; those working, men included, will potentially lose their jobs over the vaccine mandate.

These are all real problems, but none of them have to do with gender — not even climate change — as it impacts the entire globe and not just specific demographics.