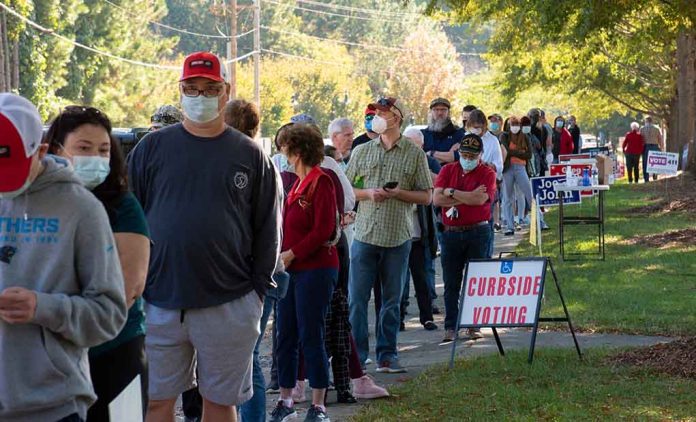 (DailyDig.com) – COVID-19 prompted lawmakers and leaders to implement mandates and restrictions to reduce the spread of the virus. Given how modern-day politics are unraveling, it wasn’t long before Americans started noticing a trend: Democrats were more likely to enforce mandates than Republicans. Now, it seems the Left is doing a 180 to side with the Right.

Could it be that they’re finally listening to people? Some suggest that maybe they’re fed up with the ongoing restrictions, too. While that’s unlikely, the more probable cause for the sudden change of heart lies in the fact that midterm elections are just months away.

Democrats scramble to reverse course on COVID restrictions ahead of midtermshttps://t.co/bmVXVoQjYZ

DNC leaders from all across the country seem more amenable than ever to the idea of easing restrictions and letting the country return to a “normal” way of life. The number of Americans wanting the US to move on is also growing as those in favor of mandates lose support, according to one Monmouth University poll.

The idea that the Left would change its stance on COVID-19 rules and regulations due to the upcoming midterms isn’t as bizarre as it seems. Many Democrats risk losing their positions after the elections conclude, forcing them to actively campaign for votes.

Democratic policies are obviously unfavorable among most Americans. So, the real question is simple: why wouldn’t they change their tune?

Many people feel mandates were never about keeping the public safe. Furthermore, the same officials enforcing them were often found breaking their own guidelines. As the winds continue to shift, we will likely see more politicians changing stances as we get closer to elections and the polls continue to reflect the public’s dissatisfaction with COVID-19 restrictions.