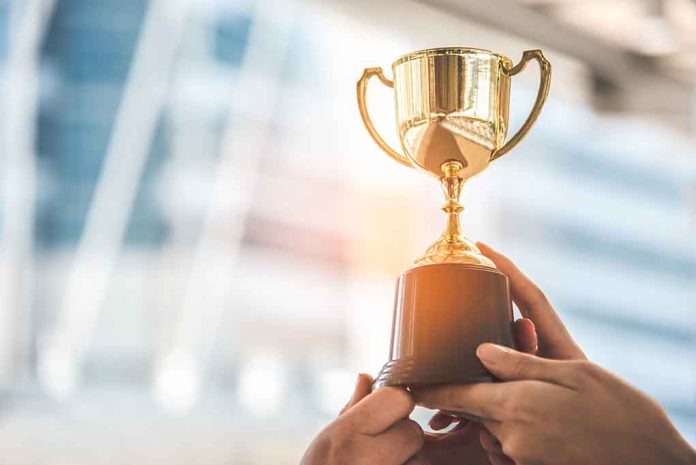 (DailyDig.com) – Kyle Rittenhouse’s trial kept the entire nation on the edge of its seat. When jurors acquitted him of any crime on November 19, it instantly triggered mixed feelings for politicians and citizens alike. For the Gun Owners of America (GOA), it was a solid win in the fight to protect the Second Amendment. The group now says it plans to show respect for the teen with an extraordinary gift.

A November 19 tweet from the GOA indicates that the group intends to award Rittenhouse with his very own AR-15. The firearm is essentially their way of rewarding him for his effort.

The announcement comes after a legal battle proved he acted in self-defense. https://t.co/06XYZBYuYd

GOA Senior Vice President Erich Pratt claims the trial brought up more significant issues, including how media mischaracterizes the AR-15. It is a standard sports rifle; other hunting firearms use larger and more deadly ammunition. The AR-15 is not even close to the deadly weapon anti-gun propaganda would have people believe.

Pratt also notes that the Rittenhouse trial was ultimately about every American’s right to self-defense. He says those pushing for a guilty verdict are trying to “wage war on the Second Amendment,” condemning the prosecutor’s assertion that bringing your own gun into a situation somehow renders self-defense a crime. Pratt says that was just another way to say Americans have no right to protect themselves with firearms.

This isn’t the first time for the GOA to step up and defend Rittenhouse’s innocence. In fact, the organization also helped fundraise for his legal defense last year alongside the National Foundation for Gun Rights.