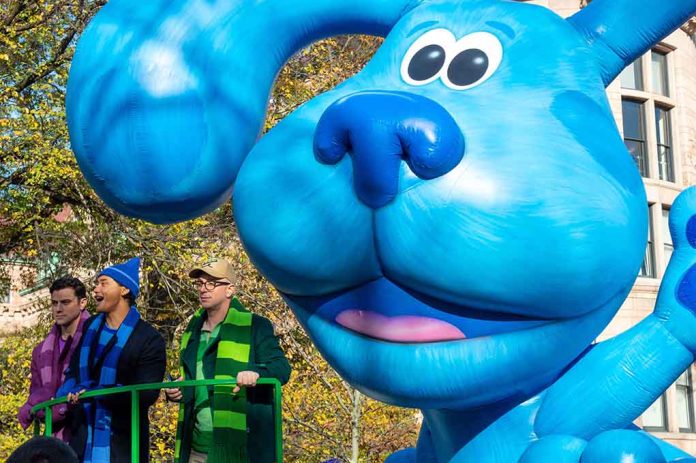 (DailyDig.com) – When a cancer survivor paid Steve Burns a visit at a conference, he was able to unearth a long-buried memory for Burns. They’d met two decades before courtesy of the Make-A-Wish charity.

Brandon Ragland said that he’s been in remission for over 23 years and just met with Steve at Steel City Con in PA, 22 years after their initial meeting under very different conditions.

Brandon claims Steve told him an anecdote about their first meeting at Serendipity 3 in New York City. Brandon was four years old when he met his favorite TV celebrity, and Steve remembers him as a rambunctious boy running around the eatery.

During their reunion, Steve asked Brandon for a fresh picture of the two of them, and they both burst into tears. Brandon was diagnosed with stage 4 cancer in his kidneys and lungs when they initially met, and he’s now 25 years old and has his own family.

Steve immediately drew Brandon in for a hug and said that this meeting made his whole year, and was so thrilled he was there.

Brandon described Burns as “One of the nicest and most genuine people I’ve had the pleasure to meet. I think he might been more moved than I was over the whole ordeal.”

They’ve maintained in contact on social media since then, and Steve has expressed his pride that Brandon is now a healthy parent and spouse.

Back in the day, their first Make-A-Wish adventure included supper with Steve, a Toys “R” Us shopping trip, and tickets to ‘Blue’s Clues Live’ in NYC.

The second encounter seemed to have been much more enjoyable.