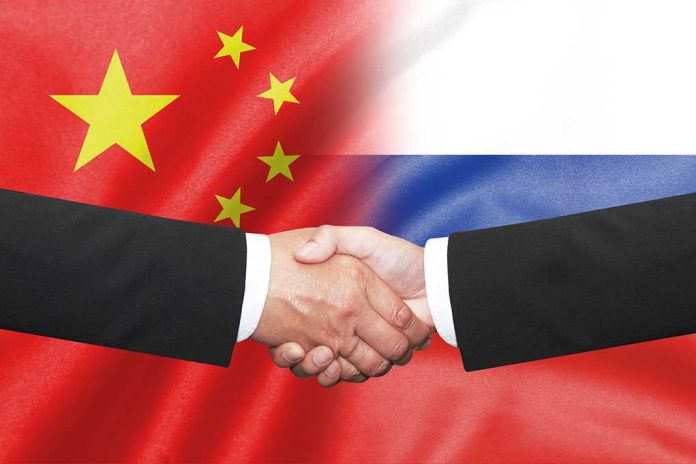 (DailyDig.com) – An expert with The Atlas Foundation says China may be preparing for war with the United States. Jonathan DT Ward told Fox Business host Maria Bartiromo that China’s partnership with Russia spells bad news for the United States as well as Asia.

China 'preparing for war' with US, Asia by partnering with Russia, expert warns https://t.co/i9YhsfKW3u

Ward says Beijing has broad geopolitical goals, so a partnership with Russia makes sense. China is on board with Russian propaganda about Ukraine and would seemingly love to segregate America from the rest of the world. While Russia no longer subscribes to communism, adopting an authoritarian form of capitalism instead, it does still share ideological enterprises with China.

Ward believes the future of Russia’s relationship with China, outside of the countries’ combined military goals, also lies in their economic plans. A partnership could create opportunities to sanction Chinese companies acting in Russia’s interest within the scope of the Ukrainian invasion. Ward references genocide and other atrocities in his argument for a hardline stance against what he sees as an existential threat to national security.

If China and Russia do decide to solidify their alliance and join forces against the West, as Ward suggests, could there be another world war? The United States is still the dominant force on the planet, but the prospect of two other powerful countries combining their interests is definitely concerning.