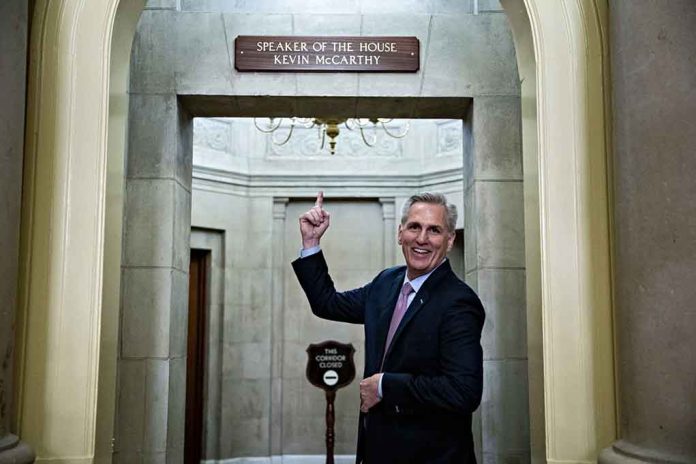 (DailyDig.com) – During an interview on Sunday morning, Jan. 8, GOP Rep. Dan Crenshaw, among the most vocal and ardent critics of the anti-Kevin McCarthy dissenters in the House Republican caucus, apologized for saying some of his colleague holdouts were like “terrorists” during the election for the new Speaker of the House.

After McCarthy lost in the sixth round, Dan Crenshaw labeled the GOP holdouts terrorists.

“That’s why those of us are saying like, look, you pushed us into this corner. So now we’re saying we won’t vote for anyone but McCarthy. That’s why we’re saying it, because we cannot let the terrorists win. That’s basically what’s happening,” Crenshaw stated.

During an interview on CNN’s “State of the Union” on Sunday, Crenshaw apologized. He stated that things became tense and people said things in anger. He feels it’s very evident that labeling them terrorists was just a play on words.

The retraction was the appropriate thing to do, and Crenshaw deserves credit for it. In the early days of a new Republican majority, labeling members of one’s own party as enemies, and worse, as “terrorists,” is far from beneficial. Crenshaw did include another sarcastic remark in his apology, claiming he was a bit taken by surprise by his colleagues’ being so sensitive, considering that he’s been the recipient of some dreadful and horrible things by the exact same side of his party.

According to the campaign against voting for McCarthy as Speaker of the House, it wasn’t pointless, as Crenshaw stated later in the episode. The holdouts wrung substantial changes from their new Speaker of the House to support what their constituents who elected them to office want them to focus on. Criticisms might be leveled that the concessions were either ineffective or unworthy of the show of rebellion, but not that the refusal to vote for him had no aim in itself.