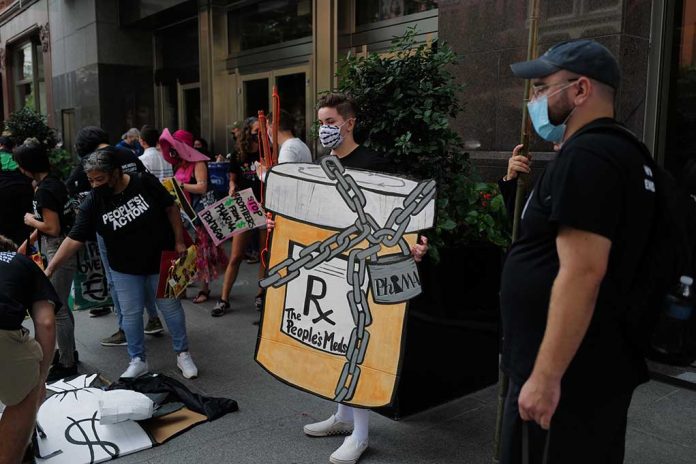 (DailyDig.com) – Democrats are looking to lower the cost of pharmaceutical drugs in their spending plan. The proposal will allow Medicare to negotiate prices of medications it pays for. While the political left flaunts the bill’s support among voters, it might all be a ruse.

Voters are naturally onboard with negotiating prices of drugs. Contrary to what the public’s been told, the proposal could be about more than reeling in out-of-control pharmaceutical prices. Instead, the drug reform will allow Medicare to implement price control across the board — an idea that still doesn’t seem all that bad until you look deeper. After all, the Devil is in the details.

When governments put these policies in place, access to new medicines become restricted, especially for people who live with chronic conditions, disabilities or are in their senior years. Let’s take a look at what Democrats are actually proposing while boasting about voter support.

What Does the House Say?

The HR 3 proposal would see a cap of 120% of the average drug prices for brand-name pharmaceuticals based on what consumers pay in Germany, the United Kingdom (UK), Australia, Canada, Japan and France. Sounds good, but again the details show otherwise.

Prices the government sets would be relatively low to save itself money. Meanwhile, any company that opts out of selling their products under the plan will see a tax rate of 95% on the gross sales of every drug. Basically, a company can either pay almost every bit of money a drug makes back to the government, or it can sell the drug at a price Medicare sets.

Under the Senate’s proposal, Medicare’s drug prices would reflect the Department of Veteran Affairs (VA). The VA, much like Canada and the UK, uses the quality-adjusted life-year (QALY) to determine the amount they’re willing to pay out for specific drugs. The country takes and values one year of a healthy life; for Canada it’s 50,000 CAD. The government then takes this figure to determine whether it’s worth paying for a drug to extend the life of a patient. If a drug fails to pass this test, the government won’t cover it.

In Canada and the UK, these measures restrict which drugs patients have access to. In the UK, only 60% of drugs were accessible for patients; in Canada, the number is even smaller at under half. In contrast, American patients had access to almost 90% of drugs.

In combination with the fact that the QALY system discriminates against seniors and people with disabilities or chronic medical conditions, it’s not a good system. How can it be when it puts a price on human life?

Not Likely to Pass

Neither of the Congressional proposals is likely to pass. Senator Robert Menendez (D-NJ) noted that the Medicare-negotiated prices aren’t negotiations; they’re price control. The Democratic Senator said he’s against the proposed move and asserted that the United States has never supported such ideology. Several Democrats in the House also oppose the idea of Medicare “negotiating” prices, making it harder for the legislation to make its way through Congress and to the president’s desk.

In the end, this attempt is nothing more than Democrats trying to save the government money while potentially causing people who desperately need these medications to go without. Some people might even go so far as to call it a selfish act merely disguised as noble intent.