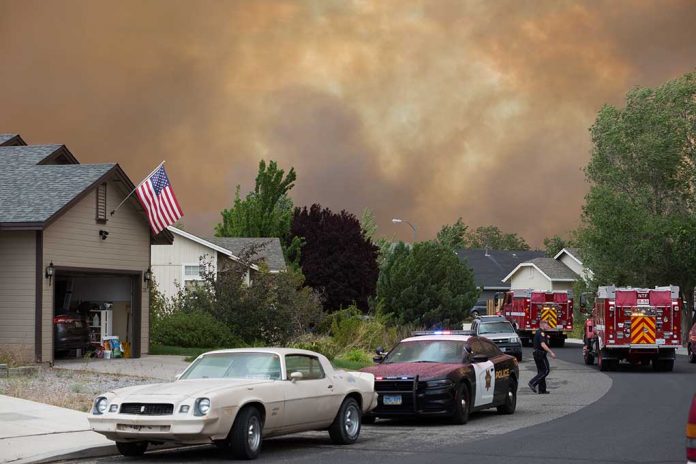 (DailyDig.com) – Records are often something that many want to break. In most cases, that’s positive — the Guiness Book of World Records is a great example. Unfortunately, the situation isn’t quite as cheery in California as panic ensues throughout the Golden State.

Imagine New York City as a whole. Now, double it. That’s the size of the Dixie Wildfire currently ravaging California. After ignition, it quickly grew to become the second largest single wildfire in the state’s history. However, the August Complex Fire in 2020, which consisted of multiple blazes, remains the area’s largest historical event.

Dry vegetation and heavy winds have aided the fire in ravaging 370 homes and threatening almost 14,000 more in the region. https://t.co/4udckVZdXX

Northern Cali has been burning since July 13. That’s nearly a month of devastation impacting 489,287 acres of land. As the Dixie Fire raged, it destroyed at least 589 structures. It now threatens nearly 14,000 more. Yet, it remains just 21% contained.

Thousands of people have been evacuated from their homes; many have no idea where to go or what to do. Some families have found refuge in hotels and motels, while others are stuck living in their vehicles.

The cause of the fire remains a mystery and is currently under investigation. Surprisingly, the Pacific Gas & Electric (PG&E) says that their equipment may have been involved. The utility company indicated that workers responded to a power outage off of Highway 70 near Cresta Dam in which a burning tree leaned against an electrical pole.

The report came just around the same time as the news that the Dixie Fire only covered 30,000 acres; at the time, it was around 15% contained. Officials don’t expect to have it under control until at least August 20.