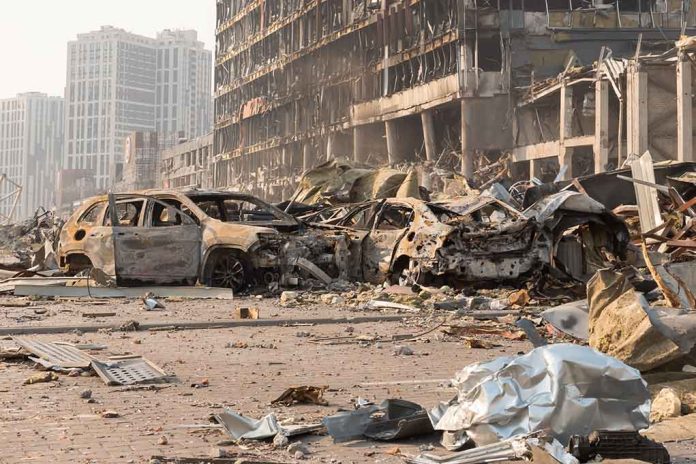 (DailyDig.com) – The conflict in Ukraine, which neighboring Russia began at the end of February, is still raging on. Reports of crimes against humanity have come from the war-torn region, but there hasn’t been an investigation into the allegations against Russian forces. Until now.

On April 13, the Organization for Security and Cooperation in Europe (OSCE) issued a report detailing how Russian forces violated international law and human rights in their attack on Ukraine. In the report the OSCE describes instances of torture, inhuman and degrading treatment of people, as well as killings.

Russia may be the main context of the investigation, but OSCE does mention some violations Ukrainian forces committed, although it admits their bad behavior is nothing compared to their aggressors’. President Biden has gone on record to call Russian President Vladimir Putin a war criminal, and he has since added the Russian Federation is committing genocide in the region, which Volodymyr Zelenskyy, President of Ukraine, has also alleged.

The OSCE report also details how Russian forces intentionally attacked a maternity hospital without warning. In another instance, Russian forces bombed a theater where around 1,300 Ukrainians, including children, were taking refuge. The people had painted the word “children” on both sides of the building in hopes of deterring an attack; an estimated 300 people died in that assault.

Michael Carpenter, serving as the US Ambassador to the OSCE, talked about how the investigation and report provide documentation of Russia’s atrocities, which he fears are still happening and will continue. Carpenter expressed concerns of Russia potentially using chemical weapons in the future, claiming there could very well be another war crime on the way. Will Russia be held accountable for its actions?