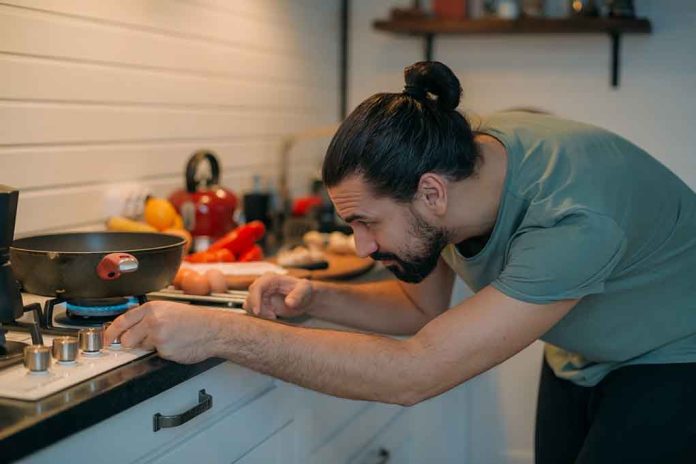 (DailyDig.com) – Natural gas is a clean and economical fuel that millions of Americans rely on every day. We value its advantages. However, following a shocking revelation showing that gas stoves are associated with 13% of asthma cases in children across the United States, it has been revealed that a federal agency is contemplating banning the equipment.

“Products that can’t be made safe can be banned,” a Consumer Product Safety commissioner said. He claimed that any solution to the latent threat of gas stoves, which are prevalent in more than a third of American households, is on the table. The CPSC has been mulling taking action on the appliances for months; in October 2022, the same agency commissioner urged that the safety agency collect public views on the topic.

Now, he said that the public comment period will be launched. If they are not prohibited, additional actions can be taken, such as establishing limits for their emissions. Without sufficient ventilation, gas stoves can produce amounts of nitrogen dioxide, carbon monoxide, and fine particulate matter that the EPA considers harmful, and the appliances have been linked to other respiratory diseases besides asthma. According to the CPSC, there will be a lengthy procedure before any governmental action is taken.

Several state governments, like New York, have taken the initiative to ban natural gas hookups in all new construction. In some Republican states, however, such bans have already been made illegal.

Gov. Kathy Hochul (D-NY) introduced a plan Tuesday, Jan. 10, that would make New York the first state to prohibit the use of natural gas stoves in new construction, opening a new front in the struggle over the use of oil and its relation to certain air pollutants.

Hochul used her annual State of the State address to urge for a ban on the use of oil in new construction beginning in 2025. The restriction would first apply to newly erected smaller structures, and then to larger buildings built by or after 2028.

“Buildings are our state’s main source of emissions, accounting for one-third of our greenhouse gas output,” Hochul added.