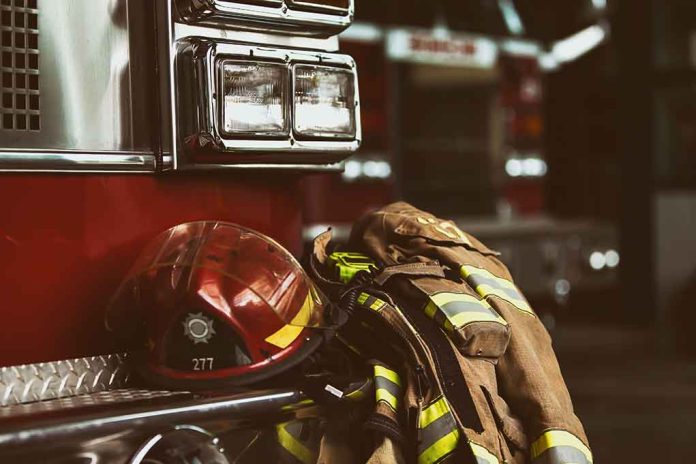 (DailyDig.com) – Seasoned professionals have more time and experience in their fields but are prone to accidents just as anyone else — human error is inevitable. Recently, a loving mother and dedicated Virginia firefighter lost her life after suffering from an accident during a training session.

While teaching a swift water course in North Carolina, 41-year-old Alicia Monahan, an 11-year vet with Chesterfield County Fire and EMS in Virginia, suffered from what officials say was a “catastrophic accident.” Local news station ABC13 reported Monahan was a mother of two boys, who survived her along with her fiancée.

The news outlet spoke with Doug Hardy, the man who tried to save Monahan’s life. Hardy serves as a guide with Paddle Inn Rafting and recalled seeing Monahan in the water face down. The man admitted to grabbing a woman’s boat and quickly getting into the river without taking safety precautions himself. The rafting guide noted that he pulled the firefighter into the boat and attempted chest compressions before medics arrived and transported the 41-year-old to the hospital. Unfortunately, it was too late, and Monahan passed away.

Hardy mentioned it was especially upsetting to see someone in a profession similar to his die so tragically. According to Fox News, the Virginia Search and Rescue Dog Association called Monahan a “wonderful, caring person,” adding that her death was an “unimaginable” loss.

Rescue crew training in the area is a frequent occurrence, but there was no additional information on what caused the tragedy. The Chesterfield Professional Fire Fighters Association is raising money for the 41-year-old’s family, expressing that all proceeds will go to her two sons.