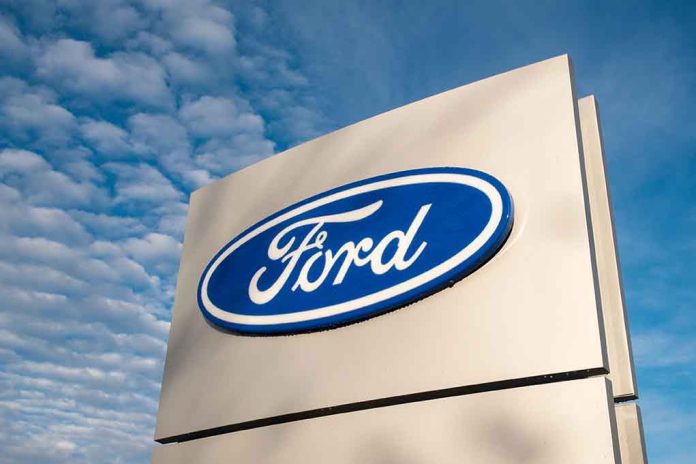 (DailyDig.com) – American companies like Ford have set ambitious goals when it comes to the production of electric vehicles. While the move might look good for Americans seeking work, it’s anything but. Despite ongoing global tensions, Ford has decided to make a deal with China. US workers will ultimately suffer as thousands lose their jobs.

Ford recently announced the business had secured enough battery supplies to produce 600,000 units annually by the end of 2023. The only hiccup is that the carmaker will be getting those supplies from Contemporary Amperex Technology (CAT), a Chinese manufacturer. The agreement the Michigan-based company reached with CAT will help to produce 2 million EVs yearly by 2026.

Back in March Ford revealed the company intended to split itself into two divisions in order to meet its own ambitious production numbers. One focuses on traditional vehicles and the other concentrates solely on producing greener alternatives. The car company also pledged a whopping $50 billion for its electronic market in an effort to compete with Elon Musk’s Tesla, the largest EV manufacturer in the US.

Recent reports show Ford is also planning on cutting 8,000 jobs in the US from its combustion engine division to boost revenue and likely invest in EVs. In other words, the American manufacturer is abandoning workers in the US but will still expect citizens to buy the company’s new vehicles.