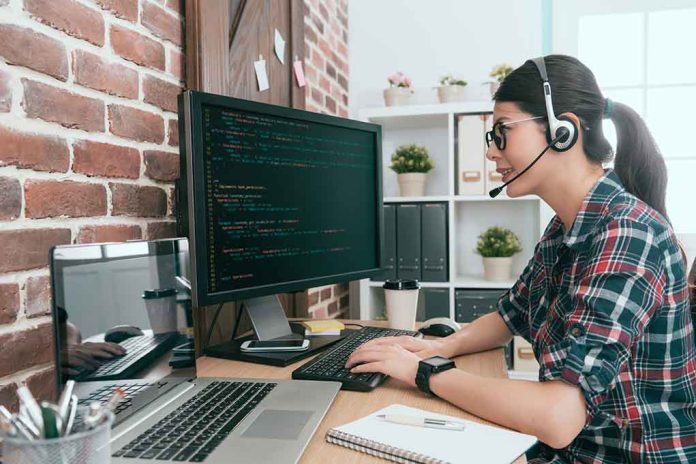 (DailyDig.com) – Espionage may seem like a thing of the past, but it’s still a very real tactic and happens more than people realize. In the case of North Korea, officials aren’t looking for secrets or intelligence, they’re just trying to make money for their country. That’s why Kim Jong Un has recruited thousands of North Koreans to branch out around the world and look for work.

Kim Jong Un's regime has 'thousands' of IT workers posing as non-North Koreans to get jobs around the world, US says https://t.co/aK2J90MEqr

Business Insider reported on how the socialist regime is sending thousands of IT workers to wealthier countries to pose as other nationalities and get jobs. According to a report from the Federal Bureau of Investigation, the US State Department, and the US Treasury, many of these workers will be in Russia, Southeast Asia, China, and Africa, but some may branch out to East Asia, Europe, North America, and other parts of the world.

As mentioned by the agencies, these North Korean workers could pose as Eastern European, Chinese, South Korean, Japanese, and US-based remote workers in search of freelance opportunities. The joint report also talks about how these individuals are taking advantage of current demands in the IT field. The US agencies noted that most of the money they make will go back to North Korea, likely in an effort to fund its nuclear program. Some of the workers have forged IDs, while others set up virtual private networks (VPNs) to conceal their identities.

Will this move be enough for Kim Jong Un to complete the production of a nuclear weapon? The nature of the North Korean regime makes it difficult to know how far along they are in the process. Perhaps this is about more than just money; maybe these workers are also hacking into sensitive information. If that’s the case, employers need to be extra careful.