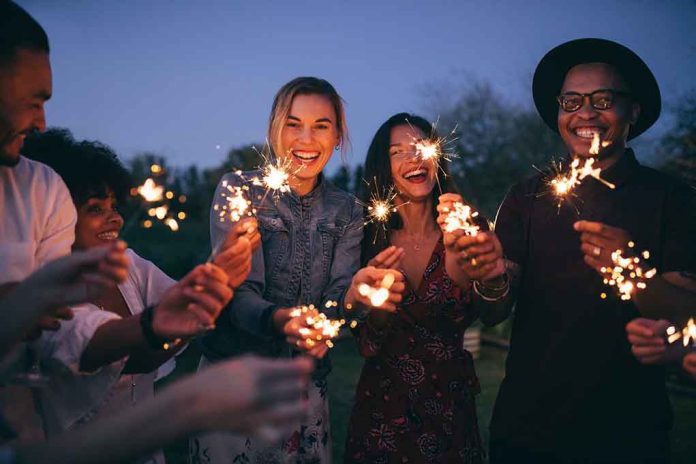 This Deadly July 4th “Accident” Should Be A Warning For Everyone

(DailyDig.com) – Independence Day is a great opportunity to spend time with family and friends while enjoying grilled food, fireworks and possibly a few spirits. Some people let their alcohol consumption get the best of them, prompting bad decisions. For one man, the combination resulted in a fatal injury.

Man lights firework on his head and it explodes into his skull, Texas cops say https://t.co/Wi17wWoUsv

Pablo Ruiz, a 43-year-old man in San Antonio, Texas died after attempting to light a firework off the top of his head. Local station KENS-5 reported that police responded to a call regarding the accident around midnight. Upon arrival, authorities found Ruiz suffering from extreme head trauma, noting that brain matter had become exposed. The 43-year-old died on the scene shortly after their arrival.

A friend of Ruiz’s told authorities he had been drinking before he felt the need to light a mortar-style firework off the top of his head. Investigators noted the device may have detonated out the bottom of the tube, piercing Ruiz’s head, blasting through the skull, and exposing his brain.

Many people enjoy traditional July 4th celebrations. Nonetheless, drunk individuals should never light explosives of any kind to prevent injuries — and in some cases, like this one, death. Let this cautionary tale serve as a reminder that fireworks and alcohol don’t mix.