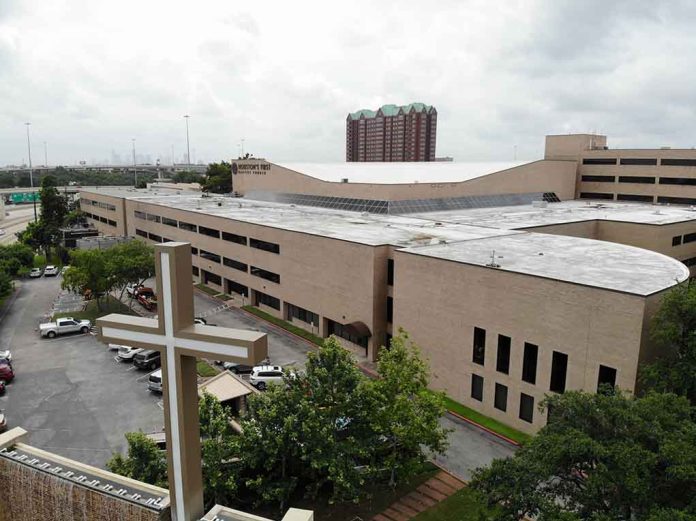 (DailyDig.com) – In 2014, a church lost over half a million dollars after someone stole it out of their safe. The culprit took around $400k in checks and $200k in cash. Now, seven years later, that money has mysteriously popped back up.

Renowned Pastor Joel Osteen’s Lakewood Church in Houston, Texas first reported the theft back in 2014. It recently discovered the stolen clutch of funds hiding in a place few people would even consider looking, making the story a real mystery.

The place of worship called a plumber out to address some issues in one of the building’s bathrooms. The tradesman diagnosed a loose toilet and set about to fix it. When he removed the tile behind and around the device, approximately 500 envelopes fell out of the wall. Another 2,500 quickly followed; all were stuffed with cash and cheques.

The contractor didn’t estimate how much money they discovered, and Lakewood Church has yet to release the total or say if there was any correlation between it and the money lost in 2014. However, the Houston Police Department did confirm a connection.

At the time of the 2014 incident, Crime Stoppers was offering a $25,000 reward for information pertaining to the stolen money. Unfortunately, the timeframe expired before the plumber made his grand discovery; thus, he didn’t qualify for the reward. Fortunately, Joel Osteen had made a previous $20,000 charitable donation to Crime Stoppers, allowing them to reward the honest worker after all.

Given the circumstances and evidence, the question of whether or not it was an inside job comes to mind. Who stole and concealed the money, and will authorities ever find and prosecute them? And perhaps more importantly, why did they leave it there for so long?