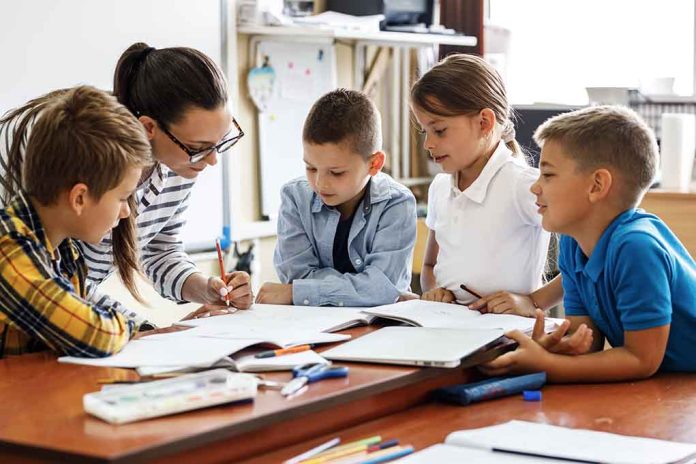 (DailyDig.com) – Educators in Minnesota now face a change to their licensing requirements. The card will say “licensed teacher,” but recent changes redefine state licensure in new terms: subject knowledge is out, class struggle is in. Starting in 2025, Minnesota teachers must teach and support critical race theory and transgender ideology to be certified.

Moral traditionalists are upset by the state’s requirement that teachers acknowledge transgendered identities, but the difficulties go beyond the culture war. Knowledge, liberty, and social stability are at risk.

A cursory hearing on Aug. 24, 2022, and a lone administrative judge’s December ruling for implementation with modest amendments solidified the new system. The updated Standards of Effective Practice necessitate major adjustments in content selection, teaching methods, and teacher self-understanding. College and university education departments must prove they meet the new criteria or Minnesota’s Professional Educator Licensing and Standards Board may revoke program certificates.

Minnesota public schools continue to undermine American heritage. The state education administration eliminated the four Mount Rushmore presidents from social studies requirements in 2013. The Magna Carta, Susan B. Anthony, Rosa Parks, Martin Luther King Jr., John F. Kennedy, and Ronald Reagan also were eliminated that year. Students were taught that the Declaration of Independence and the U.S. Constitution were the opinions of one group of 18th century individuals, not universal ideals of ordered liberty.

The vanguard advanced again a decade later. The amended teacher licensure regulations remove basic arithmetic from mathematics requirements. All instructors are told that “the teacher fosters an environment that ensures student identities such as race/ethnicity, national origin, language, gender identity, physical/developmental/emotional ability, socioeconomic class, and religious beliefs are historically and socially contextualized, affirmed, and incorporated into a learning environment where students are empowered to learn and contribute as their whole selves.”

It is no longer enough to discuss the controversial issues of radical reform; teachers and pupils must also become advocates for reform by instructing students to learn about privilege, intersectionality, and systemic oppression in diverse communities and emboldening learners to be agents of social transformation to promote equity.