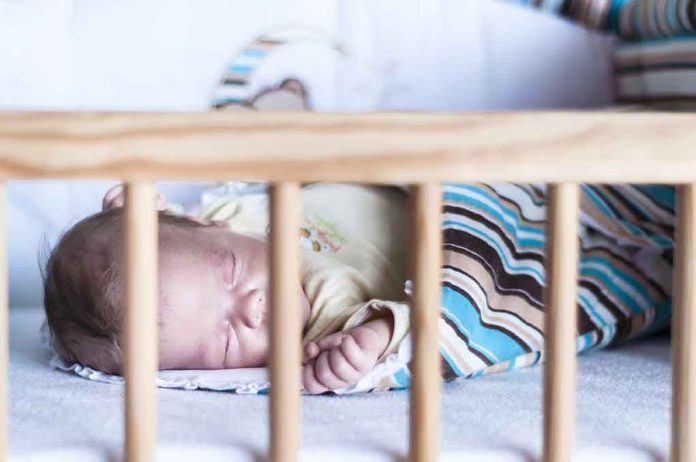 (DailyDig.com) – Despite having healthy babies, parents in Western countries, such as the US, fear that their infants may go to sleep one night and not wake up. Some people call it being paranoid, but it’s a legitimate fear. Sudden infant death syndrome (SIDS) is the leading cause of sudden baby deaths. After working for three decades, Dr. Carmel Harrington has finally made a breakthrough regarding SIDS, and it could be a game changer.

Dr. Harrington lost her son, Damien, in 1991 to the dreadful syndrome, when he was two years old. Ever since that day, she has worked to learn more about SIDS. The doctor tweeted on May 8 that she finally made a breakthrough after years of research.

My research started 29 years ago with the death of my precious son, Damien. Long and challenging work, but now we know that SIDS babies have low levels of the enzyme BChE. First time ever we can work with babies while still alive and prevent SIDS. https://t.co/70miO5lfLA

Her work has led to the discovery of the first biochemical indication that doctors could use in the future to detect infants at higher risk of SIDS — while they’re still alive. Harrington’s research team discovered that butyrylcholinesterase (BChE) may be the biochemical marker that solves the SIDS puzzle.

Sydney Children’s Hospital Network asserted that babies who died from SIDS had lower BChE levels than living controls. The network goes on to state that BChE plays a significant role in the brain’s arousal pathway. Lower BChE levels mean the baby is less likely to wake up if its airways become obstructed, making it more vulnerable to SIDS.

This discovery is groundbreaking, not only for doctors, but for parents as well, especially those who blame themselves. Harrington and other parents can feel at least a little better knowing their children’s deaths weren’t their fault. Hopefully one day, her research will put an end to SIDS once and for all.