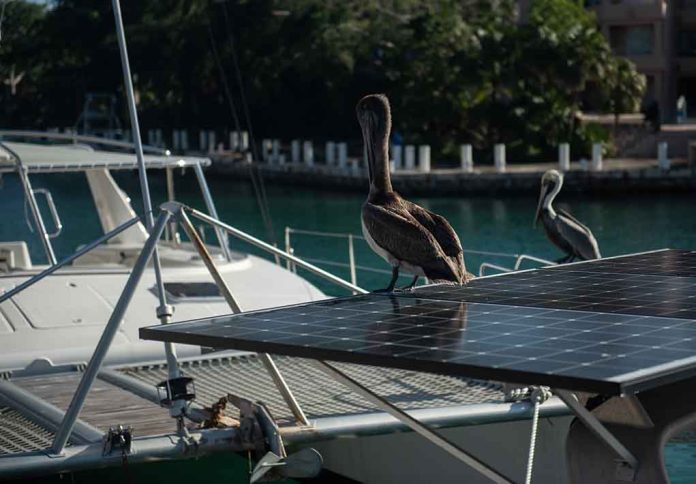 (DailyDig.com) – Blue Innovations Group (BIG), created by former Tesla CEO John Vo, will unveil a solar-powered boat at CES 2023. In a future where electric vehicles will dominate and governments will soon cease emissions-producing means of travel, the boat uses solar panels to create and consume clean energy instead of traditional fuels.

Vo explained why electric boats are ready to revolutionize boating. “Ten years ago, starting an electric car company made sense. But now it is established. But electric boats on the other hand are a no-brainer. I want to bring a revolution to the industry,” Vo said.

Vo explained that BIG will use EV-like materials and production procedures, unlike other electric boats. Mass producing the R30, an electric speed boat, is the target. The business wants to make the boat accessible instead of appealing to an elite market. However, the R30’s pricing will initially make it less desirable than its cheaper non-electric competitors. It will cost US$300,000, like other high-end electric boats, and it’s closer to gas-powered luxury boat prices. Vo anticipates mass manufacturing will eventually lower costs, even if $300K matches today’s market.

The R30’s aluminum frame houses lithium iron phosphate batteries, according to Electrek. The shell and batteries are designed to last longer and make mass manufacture possible. BIG’s website states the R30 is 30 feet long, has a dual-motor drivetrain with 800 horsepower and a peak speed of 45 mph, can seat 12 people, and has an eight-hour runtime.

Vo said the R30 features a 221-kilowatt-hour battery pack with solar panels that can generate 2.7 kilowatts of solar energy. The boat can be manually charged, but if the owner doesn’t use it daily, the R30 may operate on solar alone.

This isn’t the first electric boat to create waves. X Shore, a Swedish business, released the Eelex 8000 in 2021 and the X Shore 1 this year which costs $139,000. The Eelex 8000 costs $329,000, more than the BIG R30. However, Blue Innovations Group expects mass-production reductions to lower the cost of an all-electric watercraft. Delivery is planned in 2024’s second quarter.