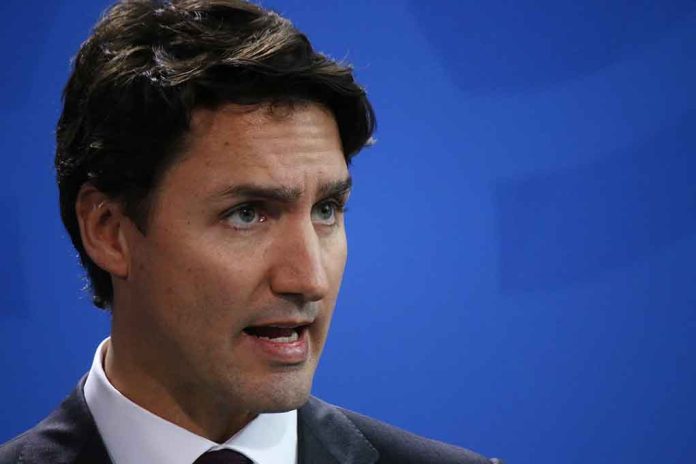 (DailyDig.com) – The Chinese Communist Party (CCP) seems to have agents worldwide, infiltrating and obtaining information. A recent book from Peter Schweizer uncovers the Canadian Prime Minister’s ties to the CCP.

‘Red-Handed’ – ‘Obviously, My Family Has Historical Ties with China’: How Beijing Bought Off the Trudeaus ⁦@peterschweizer⁩ https://t.co/Rmaz1BssEX

Pierre Trudeau visited Communist China during the Great Leap Forward, a timeframe in which up to 55 million people died. Instead of leaving troubled by this time in China, Trudeau and his travel partner, Jacques Hébert, expressed admiration for communism — so much so that they wrote a book about it called “Two Innocents in Red China.”

Pierre’s book went on to become especially profitable. Paul Desmarais of Power Corporation, which specialized in building business ties with the CCP regime, heavily supported it at the time. The then-PM began building political ties with China through his policies, while Desmarais built business ties with elites in Beijing. Eventually, Pierre consulted with Canadian businesses on how to best profit from the budding relationship.

Justin Trudeau, who is the current PM of Canada, seems to have followed in his father’s footsteps by coddling China and supporting the CCP regime. Schweizer’s book details an instance in 2012 where the current PM controversially supported China’s Canadian energy company Nexen acquisition. Despite the risk to Canadian values and interests, Justin Trudeau justified his stance by asserting that he endorsed the deal because of his family’s ties to China.

More recently, in February of 2020, Trudeau donated tons of medical equipment and supplies to China at the onset of the pandemic — just before Canada began rationing supplies for its own citizens.

Both Trudeaus have enriched China through their policies, harming Canadian companies in the process.