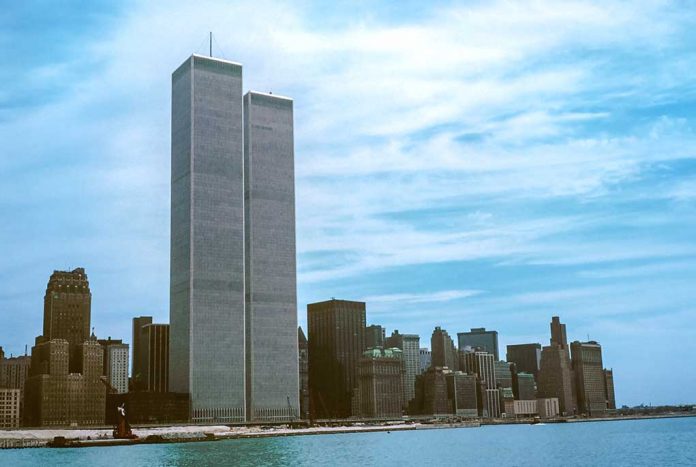 (DailyDig.com) – September 11, 2021 marks the 20th anniversary of the most tragic event to ever strike the US. Those of us who were alive on 9/11/2001 don’t need a reminder of what happened — we will never forget. We continue to pay our respects to the people that lost their lives, not as a reminder, but to honor those gone far too soon.

On that tragic day, Donald J. Trump was still a simple business man and real estate mogul. Yet, he didn’t hesitate to send people — including himself — into the disaster zone to help with search-and-rescue efforts in the days following the attacks.

Trump later became a TV superstar with his show The Apprentice, gaining fame until 2016. He then ran for, and won, the presidential election.

But even after all his success, Trump still remembers the events of the attack and the incredible heroes that contributed to America’s recovery from it.

Trump describes the day as one like no other, drawing attention to the bravery of first responders running into buildings they knew were going to collapse in order to save as many lives as they could. He says they’re incredible people who possess incredible bravery,

The media mogul also draws immense inspiration from the brave first responders. He would know — he once visited Ground Zero with his own team of people to help look for survivors.

During an exclusive interview with Newsmax, Trump recalled hearing the buildings creak, wondering if any of them would come down. The real estate giant remembers warning emergency responders that a nearby building might collapse. This prompted two burly firemen to grab him and others in the area, moving them to safety. He says that building never did come down, but he hadn’t ever heard a sound like that before that fateful day.

Donald Trump, like most Americans who witnessed 9/11’s terrifying effects, will always remember the bravery of the men and women who sacrificed themselves to save lives. We, too, hold the victims of that tragic day, and those that so bravely ran into help, close to our hearts, even in 2021.

It’s hard to believe 9/11 happened 20 years ago. Time goes by, but it never gets easier to talk about. That memory will live in America’s collective minds forever.