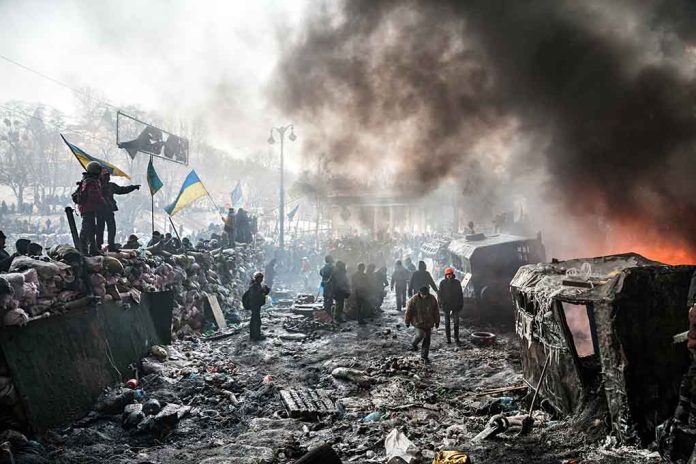 (DailyDig.com) – The war in Ukraine has been raging for months and could stretch on for years. Western allies have provided Ukraine with weapons and equipment. While these shipments have been of immense help, they may not be enough. Now, the battle-torn country says it needs even more assistance from the West.

'They're no match for us': Ukrainian pilot says they can defeat Russia, but only with more Western help, via @alexnazaryan https://t.co/QC0oaC6yxo

According to Yahoo News, two Ukrainian pilots, known as Moonfish and Juice, and their representatives recently visited Washington, DC. During their visit, the two fighter pilots spoke with defense officials, elected leaders, and the press. Moonfish and Juice had one simple message: Ukraine can, and must, win the war in order to stop Vladimir Putin.

A former senior policy official at the State and Defense Departments, Mark Kimmitt, noted the North Atlantic Treaty Organization’s (NATO’s) policy to keep the alliance together allows its members to provide Ukraine with enough equipment to fight Russia, just not enough to beat it. Moonfish asserted that Russia poorly trains its pilots, claiming they’re “no match” for Ukrainian or American counterparts despite their advanced aircraft.

Ukraine is up against one of the most powerful forces on the planet, so Moonfish may be right. Just giving Ukrainians equipment may not be enough. Should Western countries do more than supply the desperate region? Should leaders take a hands-on approach and get more involved?