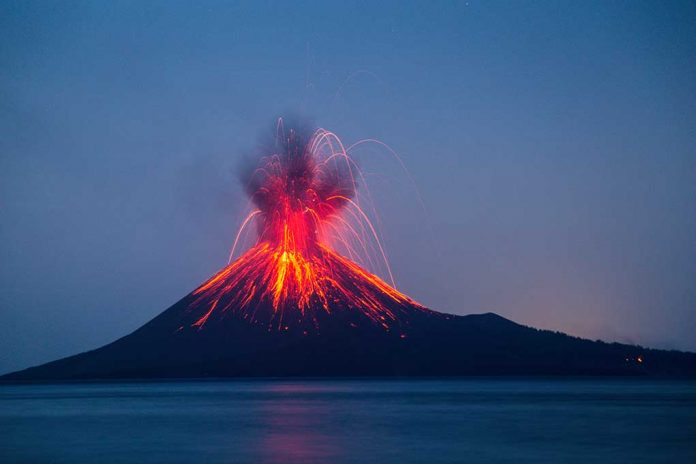 (DailyDig.com) – Volcanoes played a role in creating most of the Earth’s existing landmasses. While only a few continue to simmer in modern times, they are just as capable of destroying and terraforming the land as ever. A recent incident in The Canary Islands serves as a reminder of the ever-present fear some island communities live with every single day.

On the Spanish island of La Palma, the Cumbre Vieja mountain range houses an active volcano that laid dormant since 1971 despite near-constant rumbles, convulsions, and other signs of activity.

Cumbre Vieja finally sprung to life on September 20; erupting, sending lava and molten rock as high as 5,000 feet in the air. Lava formed rivers of molten rock on the surface below as it poured out of fissures, starting fires.

While the eruption did destroy approximately 100 homes, triggering the evacuation of 5,500 people, officials say they haven’t confirmed any casualties as of right now. They did evacuate a number of tourists from the island for safety reasons. While this likely cut a few trips short, Tourism Minister Reyes Maroto says the eruption will eventually end up drawing even more tourists to the island — a boom for its economy (no pun intended).

Island emergency coordinator Miguel Angel Morcuende says the lava flow moved much slower than experts first anticipated. He said the stream of lava was about halfway through its journey to the coast.

Experts initially believed the lava would reach the ocean on Monday, but have since determined that timeline is far too short. However, they did say the flow could release more toxic gas and fumes, as well as trigger more explosions, as it enters the water.