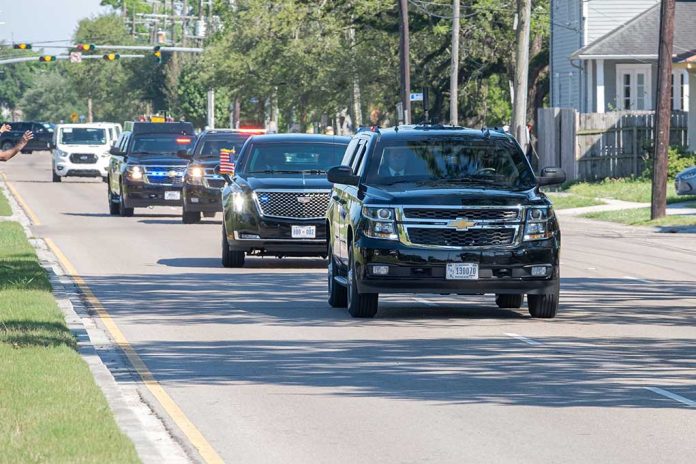 (DailyDig.com) – Ever heard the term “rules for thee, but not for me?” Well, President Joe Biden apparently has and lives by the rule. Biden and other Democrats lecture the American people on climate change but still ride in limousines and private jets with no problems at all. The public is furious, rightfully so, after Biden’s latest debacle.

The president is supposed to be meeting with other world leaders in Glasgow, Scotland, to talk about climate change and what the world can do to alleviate it. While on his way through Rome, Italy, on October 31, the president required a massive 85-car motorcade. Now, that’s not very environmentally friendly, is it?

That motorcade has angered some people back in the United States, who view the move as hypocritical. Unfortunately, the double standards don’t end there. While on his way to the COP26 Summit in Glasgow, the President of the United States was part of yet another massive motorcade — albeit not 85 vehicles, but still over 20 gas-powered vehicles. So, does Biden really believe in what he’s selling, or does it only apply to the average American and not federal officials?

Biden’s “Build Back Better” plan offers tax credits for solar panels as an incentive to reduce greenhouse gases and decrease energy costs. But how is America supposed to feel about his agenda if Biden himself doesn’t seem to be doing anything to preserve the climate? Is the president’s firm stance just more hot air to placate his voters?