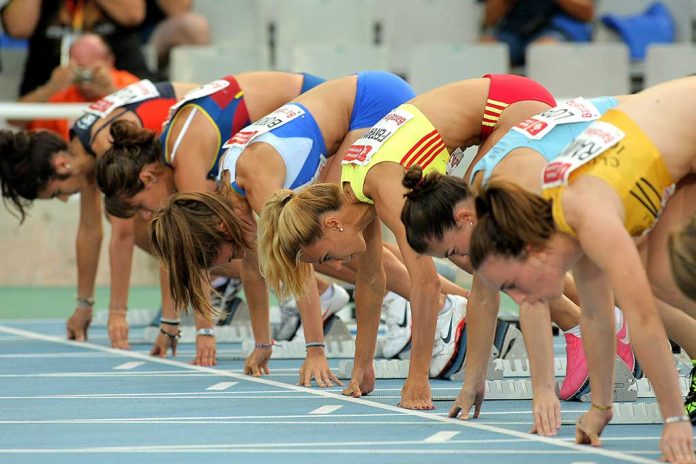 (DailyDig.com) – Sports and politics aren’t meant to mix. Yet, somehow, it sure seems as if they always do. Perhaps it’s the influence professional athletes have in the world; many use their platform to shed light on issues within their government.

For one Belarusian athlete who participated in the Tokyo games, this wasn’t her plan. Olympic sprinter Kristina Timanovskaya was relaxing in her room when Belarus Olympic officials came to escort her to the airport and send her home.

Why a Belarusian Olympic sprinter refused to fly home https://t.co/N6AHw8KGTu

You might ask what Timanovskaya did that would cause so much trouble. The answer might very well surprise you.

The young athlete simply criticized her coaches for entering her in the 4x400m relay without her consent or knowledge. After posting about the incident on social media, officials removed Kristina from the Olympic team and initiated a procedure to have her sent back to Belarus.

Timanovskaya refused to board her flight, instead seeking protection from Japanese authorities. Arseniy Zdanevich, her husband, also fled their home country of Belarus on Sunday to Ukraine. The couple have since been offered asylum in Poland.

The athlete’s actions don’t come as a surprise to anyone with knowledge of the Belurasian government, which is led by Aleksandr G. Lukashenko, an authoritarian ruler in power for the past 27 years. Several people have spoken out against tyrannical rule in Belarus; many face punishment for the same. Consequences often include imprisonment, starvation, and physical abuse.

It’s no wonder the sprinter feared for her safety after openly criticizing her coaches.

Kristina and other athletes like her aren’t alone in standing up to the dictatorship in Belarus. In fact, thousands of people have been arrested and punished for peacefully protesting the regime. Unfortunately, not many are as lucky as the Olympic sprinter.