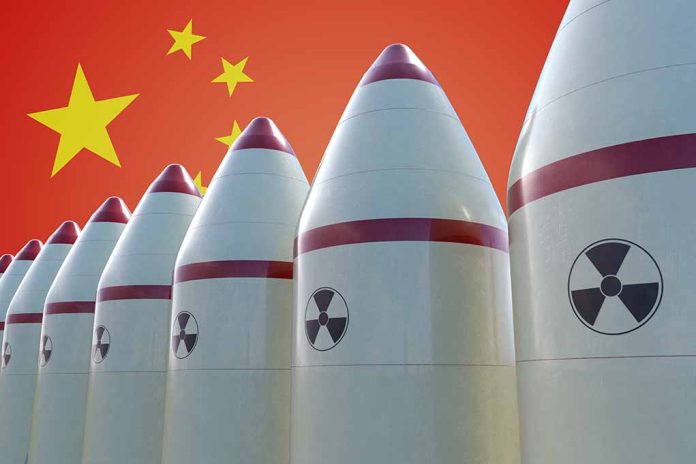 (DailyDig.com) – America’s military towers over forces maintained by other countries, primarily because of its sheer size and power. Yet, when an entity towers above everyone else, it is often forced to fight to stay there, becoming aware of its challengers. While the US is likely one of the most thoroughly prepared militaries globally, China seems to have given it the slip.

The US Department of Defense (DoD) recently admitted that China increased its nuclear capabilities far faster than initially anticipated.

Vice-Chairman of the Joint Chiefs of Staff and Four-Star General John Hyten worries that if something doesn’t change, it will overtake Russia and even the US in terms of military capabilities. He calls the foreign country’s progression extraordinary.

Does this mean that the US and China are in an open arms race? Moreover, will the US manage to stay one step ahead of outside forces? Some people feel the Biden administration’s policies only serve to weaken our military, indirectly bolstering foreign powers. What do you think?