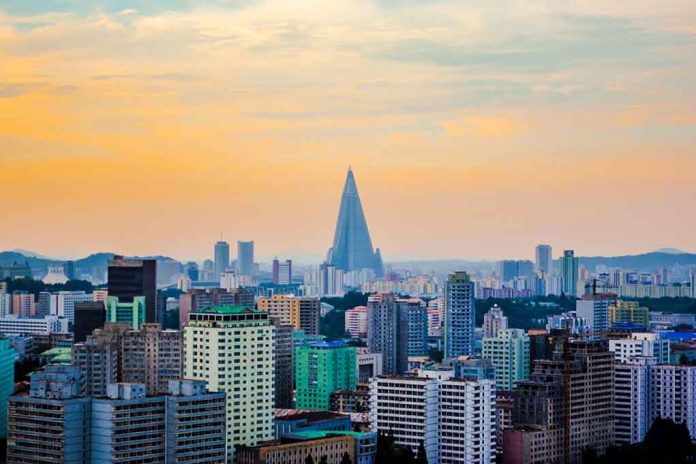 (DailyDig.com) – North Korea’s military officials got off to a busy start this year. The ever-defiant Democratic People’s Republic of Korea (DPRK) and its leader, Kim Jong-un, continue to test missiles in a dangerous show of independence.

On January 14, the Northern regime launched two short-range ballistic missiles (SRBMs) from train cars outside Pyongyang’s Sunan Airport. The contentious test came only hours after North Korean officials warned US officials that it would take a “stronger and certain reaction” if they pushed for more sanctions in response.

North Korea fired two short-range ballistic missiles off its east coast, according to the South Korean military, which said it was analyzing the data to learn more. The North's recent missile activity has raised tensions in the region. https://t.co/hhkBWPH9jq

Tensions in the region remain high, but the DPRK’s recent tests heighten concerns at an especially inopportune time. China is currently preparing for the Olympic winter games in February and South Korea’s presidential election is in March.

North Korea took a six-month hiatus from testing in 2021. Some hoped it would refrain from starting again. Unfortunately, the regime revived its missile launching schedule in September and has since enacted a total of six different tests since that time.

The US responded to tests on January 5 and 11 by blacklisting five Northern officials they believe helped the country obtain the necessary goods to continue its missile and nuclear program. US officials are also urging the United Nations Security Council (UNSC) to enact separate sanctions on the DPRK in response. The UNSC already has several disciplinary measures in place right now, including a total ban on North Korea developing and testing the technology used to create ballistic missiles and nuclear weapons.

Will the UN heed the call for more sanctions, potentially further crippling the DPRK? While it would be sensible of the nation to halt its weapon programs, its rebellious nature makes escalation a far more likely outcome.