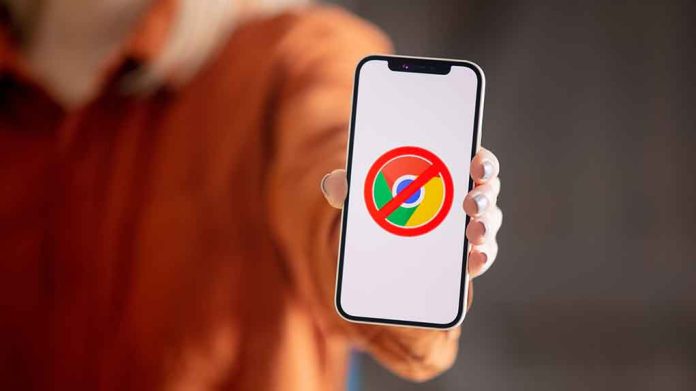 Google Has Been BANNED – A Shocking Turn!

(DailyDig.com) – The war in Ukraine continues. Russia has gained control in parts of the war-torn country, namely in the Donetsk and Luhansk regions but also in Kherson. Residents still in these areas will no longer have access to Google services after invading authorities decided to ban the Internet giant, claiming the company has been inciting violence.

The development follows the ban of most Western social media platforms like Instagram and Facebook in May, leaving Ukrainians in Russian-occupied territories almost entirely limited to government-controlled Russian reports. https://t.co/zgjqHaTW2K

With the removal of Google, the occupied Ukrainian people will only have Russian-state media to rely on for news about what’s happening worldwide and within their own country. Offensive forces have installed regional governments, allowing them to take control over the media. The occupiers plan to make YouTube inaccessible as well, just as they did western platforms Facebook and Instagram.

A similar service, Yandex, will replace the search engine, and like its western counterpart, the site will moderate content. Google controls what people see, at least to an extent. The company boosts websites it approves while burying those it doesn’t like. Yandex is the same way, only the engine is feeding Russians and their controlled areas in Ukraine with pro-Moscow content while also minimizing anything pro-Kyiv.

Ukrainians will no longer be able to view the West’s side of the war. Now, the majority of what they see will be in favor of Russia. But why would the Kremlin need to control the media if they felt their war was necessary?