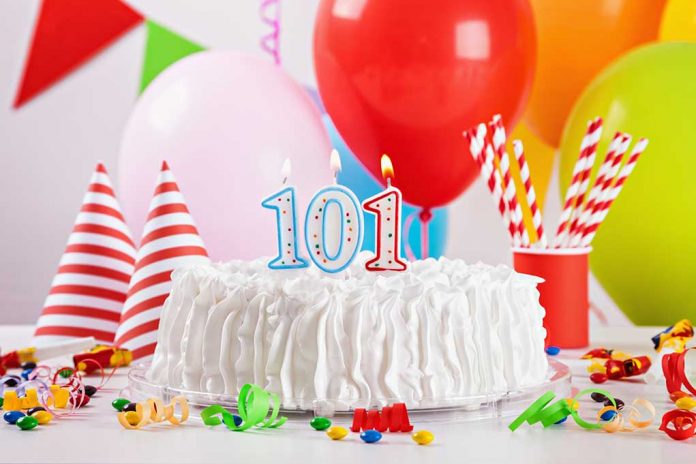 (DailyDig.com) – Most people tend to slow down quite a bit or stop altogether when they reach a certain age. It isn’t that they lose interest in their hobbies; their bodies simply don’t allow them to do the things they used to do. One woman who recently turned 101, however, must have missed that particular memo.

Virginia Oliver joined her father, who was a lobster dealer, on trips as a child. This inspired her to become a lobster trapper herself later on in life. She achieved that goal just a decade before the onset of World War II.

Oliver started trapping lobsters at age 8, and these days she catches them using a boat that once belonged to her late husband. https://t.co/xO83IhsHif

Even now, Oliver gets up before the break of dawn to tend her traps. And, as if by tradition, her 78-year-old son, Max, now accompanies her on every trip.

At 101, Oliver is the oldest lobster trapper in Maine, and quite possibly, the world. It’s hard to believe the crustacean delicacy cost just 28 cents per pound when she first began her lengthy career. Today, that price point is nearly 15 times higher.

When asked why she still fishes for lobster, Oliver’s answer is simple: she’s done it all her life, so she might as well keep on doing it. It also just happens to be what she wants to do with her time. Oliver is living proof that people don’t have to give up doing what they love just because they’re over a certain age.