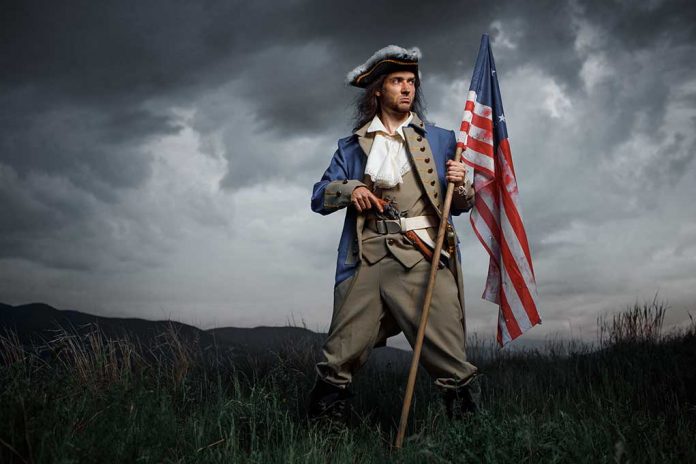 (DailyDig.com) – The relationship between Great Britain and the American colonies was peaceful for the most part. Unfortunately, as more and more grievances between the two came about, tensions became higher. While many colonists were against independence and war with Britain, eventually there would be no other choice.

Leading Up to the War

The Beginning of War

Tensions were at an all-time high when 1775 rolled around. War preparations were taking place on both sides as negotiations continued to fail. In the spring of 1775, the British set out to raid and seize any munitions at Lexington and Concord outside of Boston. When they arrived they were met by the “minutemen.” The colonists’ militia only intended to be a show of force and began dispersing. However, a shot rang out, which would be the starting point of the American War of Independence.

On June 17th, Breed’s Hill was the first major battle of the war, resulting in heavy losses for the British Army. George Washington would arrive that July to assume command of the Continental Army. Eventually, Washington would force 11,000 British troops to evacuate Boston in March of 1776. By early spring, the war had expanded into the other regions of America. The Continental Army was successful in stopping the British invasions. One such success was the capture of Fort Ticonderoga in the upper part of New York.

British forces had rapidly built up their forces going into 1776 in New York and Canada. Washington’s forces suffered five consecutive defeats at Long Island, Fort Lee, White Plains, Harlem Heights and Fort Washington, resulting in the British capture of New York City in summer of 1776. Subsequently, that winter, Washington won battles in Princeton and Trenton, NJ, reigniting the American cause.

The British would launch two major offensives in 1777. During the first, in September, Philadelphia was captured with General William Howe’s victories in Brandywine and Germantown. The Continental Army, while experiencing losses, would gain a boost of confidence that they could stand up to the British. The second offensive took place in October, when General John Burgoyne invaded upper New York from Canada. While his forces enjoyed initial victories, they would ultimately become run-down and worn out by American militia units in Oriskany, Fort Stanwix and Bennington. Burgoyne surrendered his forces after a defeat in Saratoga, NY.

The Battle of Saratoga would serve as a turning point of the war. The victory convinced the French that the Americans could actually pull off a victory over the British, and they formed a formal military alliance in 1778. The newly established alliance would put strain on Great Britain, as now it had to extend its manpower and resources across the globe rather than just North America.

The British would consolidate their army in New York and Canada as they prepared to launch an invasion of the South. However, to the west, George Rogers Clark would command his American forces, capturing several British posts, including one in Vincennes, IN, despite being against a larger British force.

The British would abandon Philadelphia and head for New York. However, Washington would soon catch up with them in Monmouth, NJ, where a battle would ensue. Washington arrived late to the battle, but just in time to rally his wavering forces to defend against and counter the British troops. After the fighting ended, no conclusive victor was established, although an improvement in the Continental Army was easily noticed.

Coming to an End

In the North, neither side would make moves against each other, and with Great Britain fighting on a global scale, there was an effective stalemate. The British would then turn their efforts to the South, hoping to crush the rebellion. While many of the battles went to the British, Nathaneal Greene cleverly utilized his mixed forces of Continental regulars and militia to force the invading men to the coastal regions.

General Cornwallis and his troops would become surrounded by the Continental Army with the help of a French fleet. With no escape route, General Cornwallis was forced to surrender his army in Yorktown, VA. After this victory for the colonists, neither side would make any moves and waited for negotiations to take place in Paris. While there were still a few squabbles here and there, no major battles took place during this time.

In 1783, the Treaty of Paris was signed and handed victory to the Americans, though the British still controlled Savannah, Canada, New York, and Charleston.

The American Revolution is what helped our nation become what it is today. It will forever be part of our history and a source of our American pride. The Founding Fathers fought for an entirely experimental government, not even knowing if it would work. Now, today we still stand strong. Once, we were underdogs; now we’re the sole superpower in the world. To this day, Americans fight against tyranny and injustice, and we shall continue to do so as long as we stand.