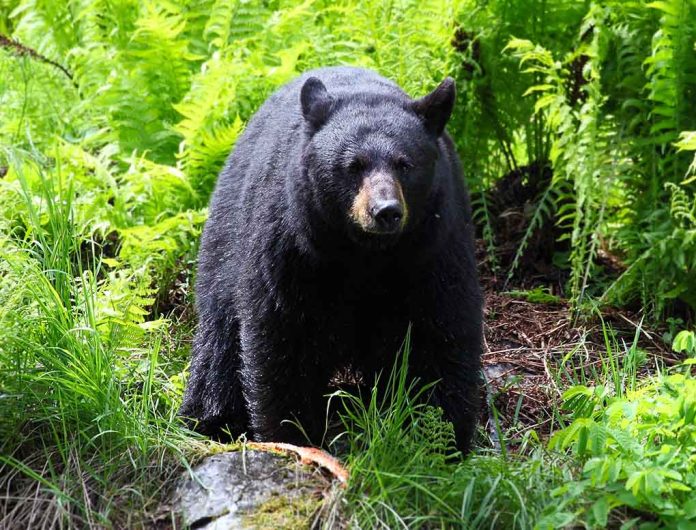 (DailyDig.com) – Some people see their dogs as part of the family. In many cases, people will do anything to keep their furry friends safe. One man recently took his loyalty to the next level by fighting off a full-grown bear when it attempted to snatch one of his dogs.

The Ring doorbell video depicts a man standing on his porch while his dogs play underfoot. A black bear suddenly appears in the doorway, attempting to snatch a quick meal. The unidentified man springs into action, aggressively fighting off the bear.

Viewers can hear a series of loud noises during the altercation. While the man suffered from non-life-threatening injuries, the bear didn’t harm the dogs. A job well done!

The Florida Fish and Wildlife Conservation Commission (FWC) advises against risking harm to defend a pet or animal.

The FWC also says that if someone encounters a black bear, they should avoid making eye contact, stand tall, and speak to the bear in a non-threatening but assertive voice. Back away from the scene slowly, while leaving the bear an escape route.

In the unlikely event that a bear decides to view you as a threat, you should stand upright and still. Never run or play dead; they will likely give chase or see you as a food source. If the situation further escalates and you cannot get away safely, the FWC recommends you fight the bear off in the same aggressive manner displayed by the man in the video. They claim people have been able to fend off black bears with rocks, sticks, and even their bare hands.

The FWC later clarified their intention to hunt down and euthanize the bear in the video. They say it poses a threat to humans.