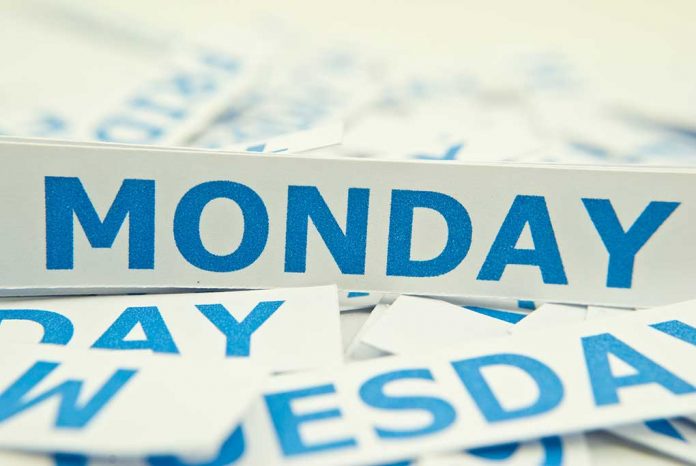 (DailyDig.com) – Have you ever found it strange that many of our federal holidays fall on Mondays? Don’t worry, you’re not crazy. This was actually done on purpose. Let’s take a look at the history and reasoning behind the Uniform Monday Holiday Act.

To better understand why these holidays all now fall on Mondays, we need to know the history behind the decision. In 1880, Congress declared George Washington’s birthday, February 22nd, to be a federal holiday for people working within Washington DC. Eventually, in 1885, the holiday would expand to cover all government employees across the country.

The holiday’s date would change in 1968, on June 28th, when the government signed the Uniform Monday Holiday Act into law. The act officially took effect on January 1st, 1971.

What the Act Does

The Uniform Monday Holiday Act effectively moved the holiday on Washington’s birthday to the third Monday of February. Originally, it was set to occur on February 22nd. However, after the change, it would fall between February 12th, Abraham Lincoln’s birthday, and the original February 22 date. The holiday also earned a new name, Presidents’ Day.

Washington’s birthday wouldn’t be the only holiday the new bill would change. In fact, the bill signed by President Lyndon B. Johnson would move Memorial Day, originally celebrated on the 30th of May, to the last Monday of the month. It would also change Columbus Day from being celebrated on October 12th to the second Monday of October. Dr. Martin Luther King Jr. Day, established in 1983, moved to the third Monday in January rather than on the 15th, his birthday.

Why the Act was Established

President Johnson believed this act would allow traveling families to spend more time together. He saw it as a way to bring the American people together. He also saw the act as a way for companies and businesses to avoid mid-week production shutdowns, hoping it would help the economy.

In short, Johnson saw the Uniform Monday Holiday Act as a way for the American people to fully enjoy these holidays and celebrate our heritage. The bill would also help ensure there were no offsets during government business, allowing the US government to run more efficiently.

Now we have a better understanding of why these days no longer fall on their original days — although the thought that perhaps the government may have wanted extended weekends does also cross one’s mind. Whatever the case may be, surely not too many people will argue with longer weekends. After all, it allows us more time to spend with our families as well.