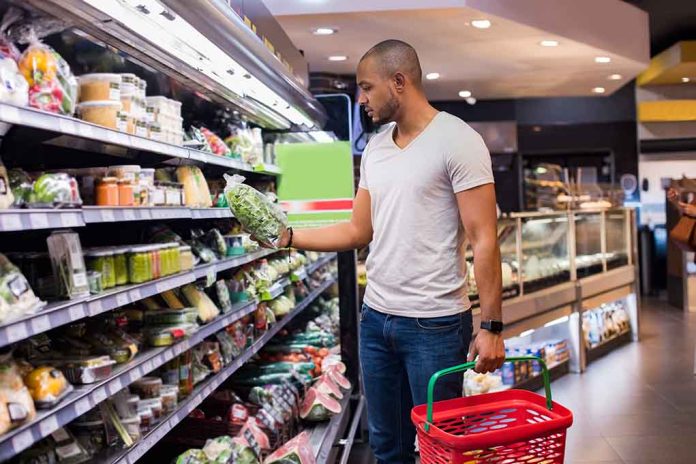 (DailyDig.com) – In case no one has noticed, the price of everything has gone up tremendously in the past two years, with the worst of it occurring in 2022. People are struggling, coming out of a pandemic, and now they’re facing record-high prices everywhere. Cost of living is through the roof, and Americans are having to drastically change the way they live. One of the biggest changes people are making is the way they grocery shop.

In mid-May, the US Bureau of Labor Statistics (BLS) released a report showing the price of food at home has gone up 10.8% over the past 12 months, the largest increase in decades. The price on products like eggs, milk, meat, poultry, and fish has jumped 14.3%, also the highest in decades dating back to May 1979, when prices jumped 19.5%. The cost of vegetables, fruits, and other common household groceries have seen increases from 7.8% to 11%.

Anyone who owns a vehicle knows the price of food isn’t the only expense going up. The American Automobile Association (AAA) shows fuel prices are essentially hitting new record highs every day. The average cost for a single gallon of regular unleaded gasoline was $4.919 on June 7, while diesel skyrocketed to $5.684. Both were record highs, and both had seen drastic jumps from just the day before.

Unfortunately, there’s no end in sight to the madness and inflation, prompting Americans to change the way they shop and live. After all, people have bills to pay and mouths to feed.

Aside from the rich and elite, most Americans have had to change their lifestyles in order to survive. A survey from the Bank of Montreal (BMO) and Ipsos, the BMO Real Financial Progress Index, shows that 42% of respondents are altering the way they grocery shop. In many cases they claim to look for cheaper, off-brand items and have resorted to only buying essentials. Another 46% have decided to dine out less or at least actively think about spending less when dining out.

Nearly one-third are trying to offset the costs of fuel by driving less, while another 23% have reduced their vacation funds or simply canceled travel altogether. Roughly 22% asserted they have canceled subscriptions to cable services, gyms, and other unnecessary services. Women have proven to be more conscious than men of several spending habits.

High prices aren’t going anywhere, so consider speaking with a financial professional if you find it difficult to manage your money wisely. Change is hard, but it’s something millions of Americans are having to do right now in order to survive.