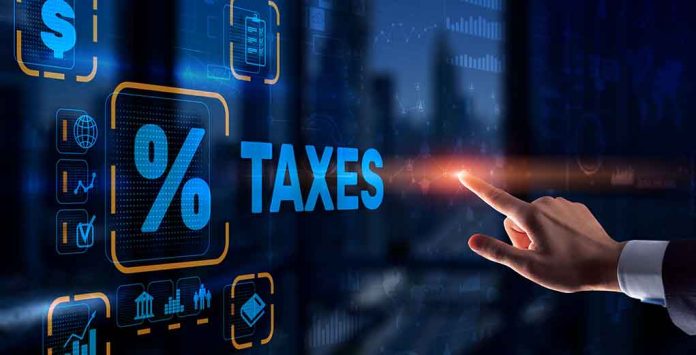 (DailyDig.com) – President Joe Biden has his sights set on increasing taxes for wealthier Americans as one of the ways he intends to pay for the massive spending in his fiscal year 2023 budget. The administration plans to make good on the Democrat threat to “tax the rich” by placing a 20% minimum tax on households worth more than $100 million. In a statement, Biden said billionaires and large corporations would be “held accountable,” a favorite rallying cry for the Left.

An Attack on Generational Wealth

Biden’s plan doesn’t just tax the wealthy for what they earn in a given year, but it also takes into account what their investments will earn in the future. Unrealized appreciation, one of the main targets of Biden’s tax agenda, is income a person or company doesn’t actually have, because they still own a physical asset. If a person purchases a rare coin for $100, for example, and it becomes incredibly valuable, the gains from that value can’t be taxed until the coin sells. Until now. For the wealthy, the change could mean tens or even hundreds of millions in taxes due overnight.

The new tax code would mean that anyone falling in one of the president’s high-earning categories will immediately be taxed for the value of their unrealized income. Many investors use this break in the tax code to push earnings into the future by creating more profitable portfolios, 401Ks, and investment opportunities for their clients.

The tax shift would result in an immediate reduction in net worth for many of the country’s oldest and wealthiest families. That drop could further unsettle the already volatile market as high-powered investors angle for the best positions when the transfer of wealth completes.

The wealth tax mantras haven’t stopped coming from Biden since before he was elected. While these actions take aim at the wealthiest Americans, the Washington Post reports that Biden has also threatened to go after families earning $400,000 or more.

Biden’s budget does call for good to be done for the Social Security Administration. A 17% increase in funding has been earmarked for infrastructure and support. Field offices shuttered during the pandemic would be revitalized, and the agency could focus on staffing current offices and support lines, alleviating long waits.

Most individuals and families worth under $100 million won’t see changes from this particular provision. The question remains as to how specifics on ownership lengths and changes in value will affect the added tax for higher brackets.

At some point, will the government decide that everyone should pay taxes on belongings they may never want to sell? Only time will tell.