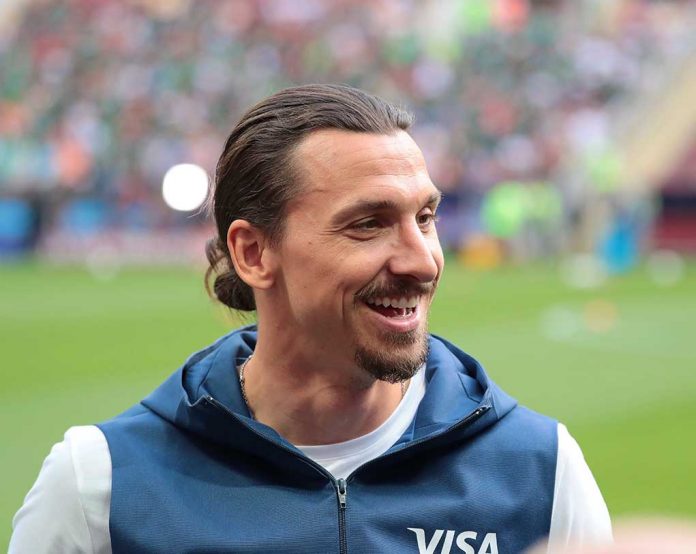 (DailyDig.com) – Zlatan Ibrahimovic and LeBron James are titans in their respective sports. However, the two don’t agree on what they should do with their platform. They first butted heads in March — and now the soccer star is firing back at James.

Earlier this year, Ibrahimovic mentioned that James was an exceptional basketball player. In fact, he also called the Lakers forward phenomenal. But, the soccer player also said he doesn’t appreciate James dabbling in the world of politics.

LeBron responded, confirming he would not just stand by and do nothing when he knows the powerful potential in speaking up.

Zlatan Ibrahimovic replied to LeBron James’ comments during an interview with France Football. He says politics and sports need to stay separate, as one divides people and the other unites them. Ibrahimovic feels their job as pro athletes is to play the game they love and bring people together.

Ibrahimovic also believes politicians divide people. He doesn’t want to be a politician in any way, shape, or form. Instead, he feels politics and sports are simply two different categories, a fact any intelligent person can understand.

The Importance of Unity

If you live in the US, it’s likely you’ve heard the term “United we stand, divided we fall.” That incredibly important statement played a key role in the history of the United States and the pursuit of freedom. Americans know unity is critical to the stability of a country, both in times of war and in times of peace.

Unfortunately, the divide between citizens continues to grow — and our country suffers because of it. More and more Americans opt to let their differences define them, leading some to avoid helping others simply because they have different beliefs.

When people stick together, they often accomplish great things. Just look at post-9/11 America; citizens came together to mourn and combat terrorism regardless of their individual political beliefs. Everyone simply knew it was the right action to take.

It isn’t wrong to hold different opinions — even on politics. Yet, they shouldn’t drive people apart, either. When people can’t set aside their political animosities, it endangers and weakens the country.

Ibrahimovic is right when he says politicians often divide people into separate groups. It’s the easiest way for them to maintain their grip on society. James may believe he’s fighting the good fight, but will his political dabbling hinder or help? There’s a risk it will only drive a divisional wedge between his fans — and it may even drive them away altogether.