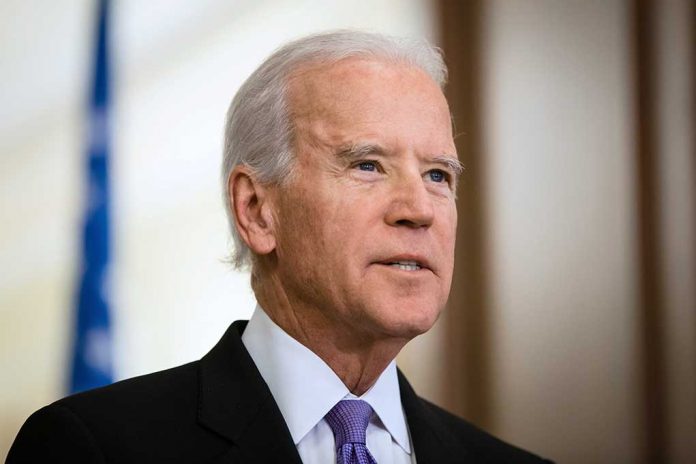 (DailyDig.com) – Democrats celebrated when President Joe Biden halted the Keystone XL pipeline back in June of 2021. To the left-leaning group, it was a significant win in the fight against climate change. But is Biden really the climate warrior they make him out to be, or is he really using the subject to engage in deeply partisan politics?

Biden’s Role in Yet Another Pipeline

It seems Biden himself is directly involved in another German pipeline project called Nord Stream 2. The extremely ambitious Russian-led plan sought to transport fuels along the same path followed by the original Nord Stream line. It effectively connects Russia, Germany, Denmark, Finland, and Sweden via an underwater passage throughout the Baltic Sea.

The idea of Nord Stream 2 isn’t necessarily new. In fact, it has been in the works since as far back as 2018. But both former President Donald Trump and Washington were strictly against its completion originally, citing concerns about how it might affect the area’s energy sector or grant Russia even more power. The former spoke out about it regularly during his term.

Biden’s role in the foreign pipeline is simple: he recently removed critical sanctions against the company spearheading the project, Nord Stream 2 AG. This is noteworthy because the organization’s CEO, Matthias Warnig, also has close ties to Vladimir Putin.

Sen. Ted Cruz: Reports of Deal to Finish Nord Stream 2 Pipeline a ‘Catastrophe for the US and Our Allies’

“We always knew Biden was in bed with Putin, now they’re spooning.” pic.twitter.com/lOaRvoKYk9

Like many other officials, Cruz worries that the pipeline’s completion will destabilize the area and become a crisis for both the US and its allies.

Ukraine’s leader, Volodymyr Zelensky, agrees. In fact, he, too, recently expressed dismay over Biden’s refusal to stand up to Russia, saying he should have refused to allow it to happen.

Is the Biden Administration “Pro-Russia?”

Cruz also said Biden’s recent moves make his administration “the most pro-Russia administration in the modern era.” While opinions on whether or not this is true run the gamut, depending on who you ask, it is a reminder of a former time — one in which Democrats constantly sought to prove that former President Trump was in bed with the Motherland.

They were never able to prove the existence of such a connection. But now, people on both sides of the coin can directly see for themselves how the removal of Nord Stream 2’s sanctions directly benefits Russia. It wouldn’t be hard to draw the conclusion that such preferential treatment, even in the face of a near total lack of support, might be a clear sign of a much deeper and far more suspicious connection.